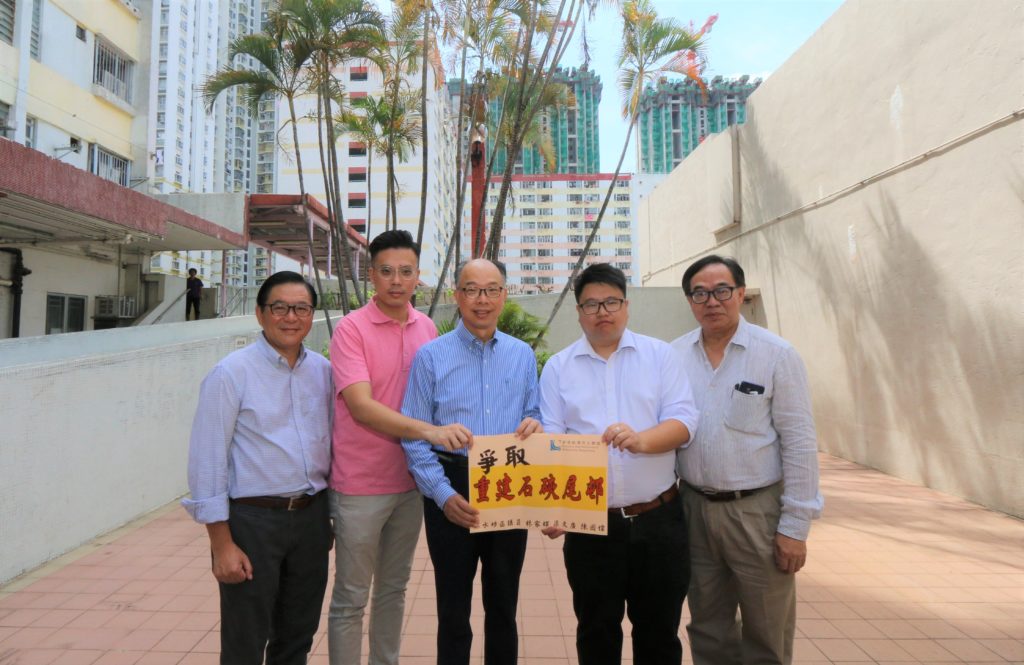 The members of BPA analyzed the redevelopment potential of the Estate and presented a petition letter to Frank Chan to reflect the residents’ request for redevelopment and local rehousing.

Some blocks of Shek Kip Mei Estate in Sham Shui Po were built almost 40 years ago and many flats were dilapidated. After holding a residents’ meeting previously, Honorable Members of the Business and Professionals Alliance for Hong Kong (BPA) invited Frank Chan Fan, Secretary for Transport and Housing, to a site visit on 3 June. Ir Dr Hon Lo Wai Kwok, chairman of BPA, said that the government should grasp the golden opportunity to redevelop the 9 remaining residential blocks excluded from the current redevelopment phases as well as facilitate local resettlement. This would be a win-win situation: the residents could live in their flats safely, and the government could ease the shortage of public housing units.

There were currently 9 residential blocks excluded from the Hong Kong Housing Authority’s redevelopment phases. Honorable Members of BPA, including Ir Dr Lo Wai Kwok, Dr Priscilla Leung Mei Fun and Abraham Shek Lai Him, had held a residents’ meeting to learn more about their will and opinion. Some residents reflected that their units were deplorable and dilapidated. There were cases that children and elders were injured by falling ceiling concrete. Therefore, they urged the government to launch redevelopment as soon as possible.

Ir Dr Hon Lo Wai Kwok said that Shek Kip Mei Estate was nearly 40 years old and the living condition was poor. He suggested the government should grasp the golden opportunity to redevelop the remaining 9 old residential blocks while new ones were built in the area, which could not only solve the problem of residents’ safety, but also arrange local rehousing and increase public housing supply.

Having engaged in volunteering work for years in Shek Kip Mei Estate, Frank Chan Fan was familiar with the area. He expressed his concern on the residents’ views and would carry out detailed studies. 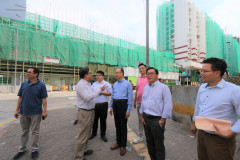 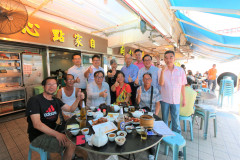 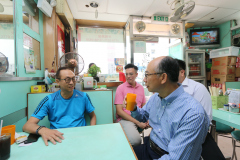 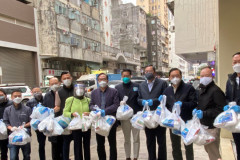 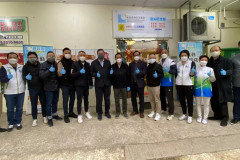