The core members of BPA met with the sixth-term Chief Executive-elect, Mr John Lee,  to exchange views on the work of the new-term government on May 16. BPA members put forward a series of suggestions and expectations, covering topics such as integration into the national development, economic and livelihood initiatives, and the development of youth etc. After the meeting, Chairman of BPA Dr Lo Wai Kwok said in a speech to the media that BPA hoped John Lee would lead the new-term government to be people-oriented, focusing on development and pursuing good governance. More importantly, the government should work hard on restoring normal customs clearance between Hong Kong and the Mainland or even foreign countries so as to speed up economic recovery after the epidemic. Dr Lo also revealed that John Lee had responded positively to some of the suggestions put forward by BPA by requesting more information in order to swiftly respond to public demands.

The Business and Professionals Alliance for Hong Kong (BPA) established a feature study and proposed a scheme, “Public Housing Redevelopment for Providing 250K Additional Units”, suggesting the government redevelop 26 older estates in Hong Kong. The Alliance expected a minimum of 255,000 additional public housing units would be built, in order to ease the shortage of supply and improve the residents’ living environment as well. The redevelopment scheme could also create 190,000 job opportunities and stimulate economic growth.

BPA welcomes the second round of Anti-epidemic Fund measures

Hong Kong government announced the second round of the $137.5 billion Anti-epidemic Fund measures. The Business and Professionals Alliance for Hong Kong (BPA) welcomed the latest measures and expressed our appreciation and gratitude to the Administration that has listened to and accepted our suggestions. BPA believed the measures could help support enterprises, safeguard jobs and relieve people’s burden. Members of the Alliance urged the government to announce the details of the implementation of the measures as soon as possible.

COVID-19 epidemic jeopardizes Hong Kong people’s livelihood. Honorable Members of the Business and Professionals Alliance for Hong Kong (BPA) met with the Secretary for Transport and Housing Frank Chan Fan on March 9 to suggest the MTR Corporation to reduce fares by 20 to 30 percent for 9 months in order to alleviate the burden of travelling expenses on citizens. To tide the public over difficult times, the implementation period should be from April until the end of this year. BPA urged the government to cover related expenses by the dividend income from MTR.

Some blocks of Shek Kip Mei Estate in Sham Shui Po were built almost 40 years ago and many flats were dilapidated. After holding a residents’ meeting previously, Honorable Members of the Business and Professionals Alliance for Hong Kong (BPA) invited Frank Chan Fan, Secretary for Transport and Housing, to a site visit on 3 June. Ir Dr Hon Lo Wai Kwok, chairman of BPA, said that the government should grasp the golden opportunity to redevelop the 9 remaining residential blocks excluded from the current redevelopment phases as well as facilitate local resettlement. This would be a win-win situation: the residents could live in their flats safely, and the government could ease the shortage of public housing units.

BPA Supports the “Co-location Arrangement” of High-speed Rail Link
as It Can Promote Seamless Integration of the Mainland and Hong Kong,
and Provides the Best Opportunity and the Most Convenient Way for the Hong Kong People

HKSAR Government announced on July 25 the “Co-location arrangement of Hong Kong Section of the Guangzhou-Shenzhen-Hong Kong Express Rail Link”, which will follow the model of Shenzhen Bay Port, that three floors of the West Kowloon­terminus will be regarded as outside the territorial boundary of Hong Kong, and will be leased to mainland authorities to exercise jurisdiction. 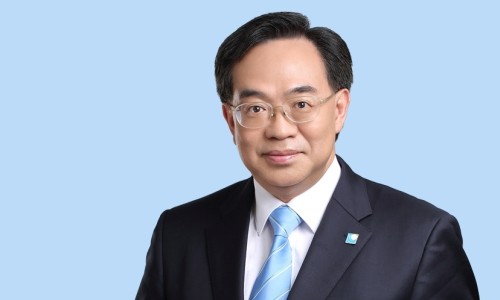 During the LegCo election canvass earlier this year, I have met many young engineers and most of them are asking the same question: what is the prospect of engineers in Hong Kong?

Dear fellow Hong Kong Engineers, In January this year, Hong Kong has experienced a strongest cold wave in decades. Scientists claim that we may expect more extreme weather in this century due to global climate change. While Industrialization has brought to us modernization, it has also resulted in high consumption rate of natural resources, depletion

The Legislative Council Panel on Security held a special meeting today (16 February) to follow up the riot in Mong Kok during the Lunar New Year. The Business and Professionals Alliance for Hong Kong (BPA) is distressed and angry about the incident, and we reiterate our condemnation of the rioters’ violence. As the sectoral