BPA welcomes the second round of Anti-epidemic Fund measures 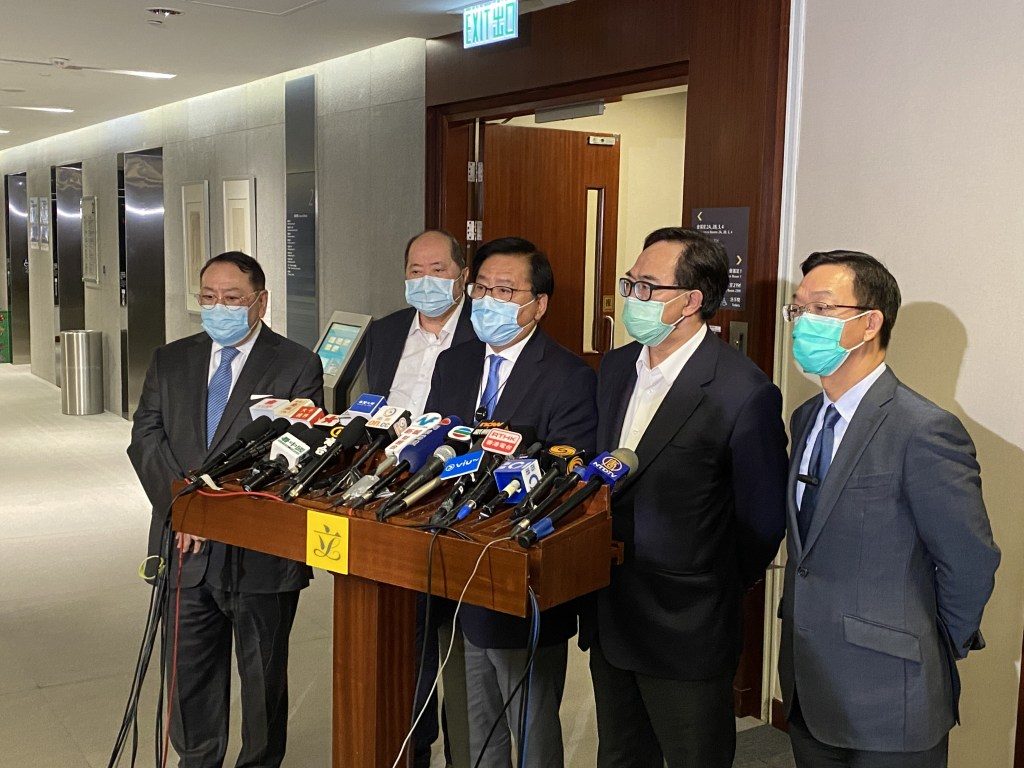 Hong Kong government announced the second round of the $137.5 billion Anti-epidemic Fund measures. The Business and Professionals Alliance for Hong Kong (BPA) welcomed the latest measures and expressed our appreciation and gratitude to the Administration that has listened to and accepted our suggestions. BPA believed the measures could help support enterprises, safeguard jobs and relieve people’s burden. Members of the Alliance urged the government to announce the details of the implementation of the measures as soon as possible.

Ir Dr Hon Lo Wai Kwok, chairman of BPA, said the latest measures “return wealth to the people” at a critical moment and expected the authorities will announce the details of the measures as soon as possible. The government will require all Bureaux and Departments to extend the deadline for project completion in accordance with contract mechanism and relax the payment schedules of government works and non-works contracts, as well as extend the Building Covenant period for development projects by up to six months in land leases. He commented these measures could alleviate the pressure of the engineering and construction sectors. He also agreed to create 30,000 jobs in the public and private sectors and allocate $800 million for skills upgrading schemes of various industries.

Hon Jeffrey Lam Kin Fung, vice chairman of BPA, reiterated that small and medium enterprises would require an additional leg-up to stay afloat during the coronavirus outbreak. Therefore he appreciated the government’s generous support for the business sector including 6-months wage subsidies for each employer calculated on 50% of salary, raising maximum loan amount of SME Financing Guarantee Scheme and 100% Loan Guarantee Scheme, offering mortgage with an interest-only period up to 12 months, and extending deadline for payment of taxes. He said the second round of the Anti-epidemic Fund measures was a life-saving straw for SMEs to help the business sector overcome the difficulties as soon as possible.

Hon Christopher Cheung Wah Fung, vice chairman of BPA and the financial services lawmaker, indicated small and medium brokers were facing severe economic difficulties. In all of 2019, 22 brokers shut down; 15 brokers closed in the first quarter of this year. The brokerage industry appreciated the Chief Executive for understanding the difficulties they were facing and welcomed her acceptance of their proposals, such as disbursing $50,000 to each Category B and C brokerage firm, and $2,000 to each SFC licensee. He said the financial services sector will come through the crisis with the communities.

Hon Priscilla Leung Mei Fun, vice chairwoman of BPA, was a bit disappointed that the government didn’t establish an unemployment assistance fund. She also criticized the monthly subsidy for each employee is only capped at $9,000 under the Employment Support Scheme, which is significantly lower than the subsidy offered by the British government. In order to alleviate the financial burden on citizens, she welcomed the government’s relaxation of the asset limits for the Comprehensive Social Security Assistance (CSSA) and the fare cuts of the MTR until the end of this year. She said BPA has reflected time and again to the government that the food and beverage industry was hard hit by the outbreak and she was glad to see the government providing subsidies to the sector.

Hon Kenneth Lau Ip Keung, vice chairman of BPA, said the Alliance strongly supported the relief measures, including temporarily relaxing the threshold of the Public Transport Fare Subsidy Scheme from $400 to $200, waiving registration or enrolment fees for 125,000 healthcare professionals for 3 years, assisting the Insurance Authority to facilitate insurance companies to offer grace periods. He believed that the government’s timely rain should come quickly and heavily to help those who are most in need, therefore he hoped the Legislative Council could approve the fund as soon as possible for handouts before mid-June.

Hon Jimmy Ng Wing Ka, vice chairman of BPA, said the coronavirus epidemic disrupted global supply chains and therefore almost broke up many local manufacturers’ capital chains. He welcomed the government increasing rental concessions of government premises and eligible Short Term Tenancies to 75%, extending the 75% waiver of water and sewage charges payable by non-domestic accounts for a total of 12 months. He believed that these measures could help reduce the operating expenses of SMEs in order to ensure the level of liquidity.

Hon Abraham Shek Lai Him, Secretary-General of BPA, supported the MTR to reduce fares by 20% for half year, thus the burden of travelling expenses on citizens could be alleviated. He also described the act of the MTR to fulfill corporate social responsibility as greatly sincere. Furthermore, he appreciated the government’s understanding of the difficulties of the engineering and construction sectors and the government’s funding for unemployed workers. It was not only helping the workers, and also keeping Hong Kong’s competitive edge in the future. The Alliance also supported the financial assistance offered to cinemas which provided a subsidy of $100,000 per screen.