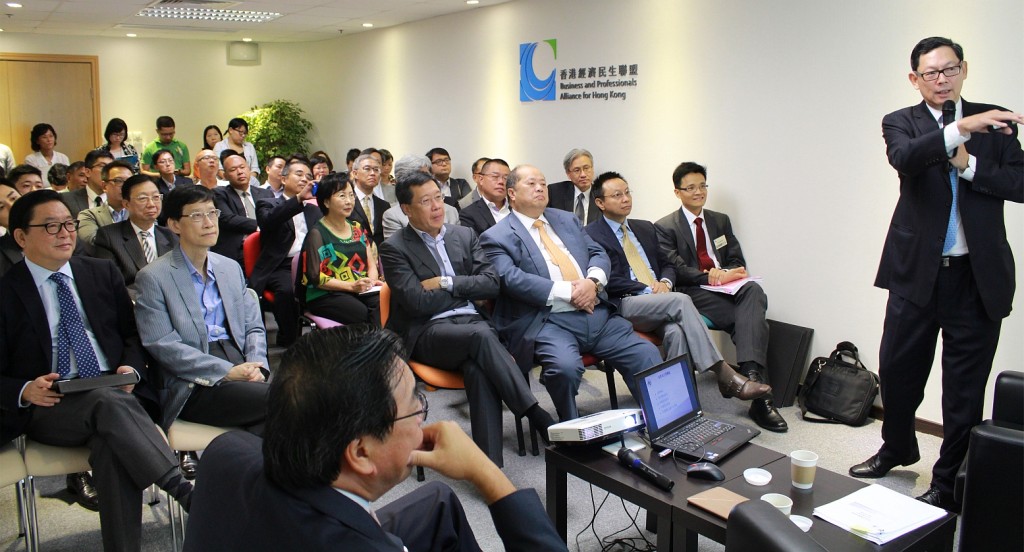 Mr Norman Chan Tak-lam, Chief Executive of the HKMA, provided a comprehensive account of the evolution of Hong Kong’s financial system and spoke on other current issues. 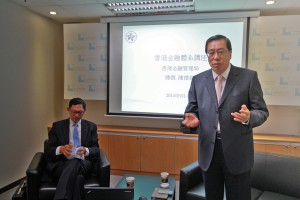 Mr Andrew Leung Kwan-yuen, Chairman of the BPA, expressed concerns over the negative effects Occupy Central and a LegCo in disarray would have on Hong Kong’s financial system. He cautioned the HKMA to react prudently.

Hong Kong’s standing as an international financial centre did not come about easily and, as such, should not be allowed to fritter away easily. At a gathering with members at the Business and Professionals Alliance for Hong Kong’s (BPA) headquarters today (September 17), Mr Norman Chan Tak-lam, Chief Executive of the Hong Kong Monetary Authority (HKMA), shared his thoughts on the evolution of and challenges to Hong Kong’s financial system. Mr Chan spoke widely and unreservedly on a range of issues including those of his childhood, as well as the latest trends in global finance. 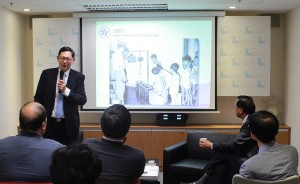 Mr Chan recalled the difficult times from Hong Kong’s past when potable water was rationed for four hours over a period of every four days, which serves as a useful reminder of Hong Kong’s hard-won economic success.

There was keen interest in Mr Chan’s presentation on the topic of “Hong Kong’s Financial System” and this enthusiasm was reflected in a full house turnout. In his opening remarks, Mr Andrew Leung Kwan-yuen, BPA Chairman, pointed out that despite Hong Kong’s strong financial health, our fiscal reserves could be wiped out completely should there be another global financial crisis. He also referred to the numerous headwinds buffeting Hong Kong’s financial system arising from an acrimonious Legislative Council (LegCo), and widespread civil unrest in the forms of class boycotts and Occupy Central.

Mr Chan began his presentation by showing pictures from the 1950s to illustrate the fact that prosperity and stability in Hong Kong did not come about by chance but was instead nurtured and maintained by a well-grounded system. He compared financial infrastructure to veins and arteries, which were often overlooked but critical to physical well-being. He stressed that as financial stability was more important than wealth accumulation, this mantra was reflected in the deployment of the HKMA’s staff the majority of which were tasked with the regulatory oversight of preventing market failures similar to that of the 2008 Irish financial crisis. 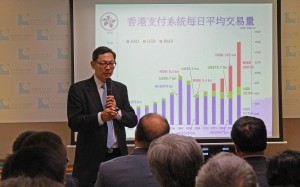 Mr Chan maintained that the rapid growth in turnover of RMB Real Time Gross Settlement system over the past few years was a result of Beijing’s policy support and Hong Kong’s intrinsic strengths.

As to whether the HK$770 billion fiscal reserves should be saved or spent, Mr Chan said that although there can be a debate on the appropriate level of reserves, it was useful to keep in mind fiscal reserves as currently presented in the official accounts do not take into account recognised liabilities and other long-term government commitments that included the third airport runway, housing and railway projects, a health insurance scheme, and public officers statutory pensions, among others. He then spoke on developments with the offshore renminbi market in Hong Kong where the average daily turnover of the renminbi Real Time Gross Settlement system reached RMB395 billion in 2013 and was expected to increase to RMB690 billion this year. Mr Chan anticipated that the turnover would grow further following the implementation of Shanghai-Hong Kong Stock Connect Programme in October. He added that the development of offshore renminbi business took time and Hong Kong should not be overly concerned about competition from other cities that have since developed their own offshore renminbi markets.

Mr Christopher Cheung Wah-fung, BPA Vice Chairman and LegCo member (Functional Constituency – Financial Services), posed the question of hypothetical losses incurred by investors stemming from decisions made in reaction to premature warnings by the HKMA on an imminent hike in US interest rates. Mr Chan responded by pointing out that although the HKMA was obligated to issue alerts, it was not however in a position to make recommendations or provide advice on investment matters. Other BPA members also capitalized on the Mr Chan’s presence to exchange views on a range of subjects such as establishing a linkage between the Mandatory Provident Fund and the Exchange Fund, the Linked Exchange Rate system and other current social issues. Mr Chan said that if Occupy Central were to continue indefinitely, the effects of the movement would eventually find its way throughout the entire economy. It bears noting that should investors ever lose confidence, this would trigger capital flight and brain-drain. 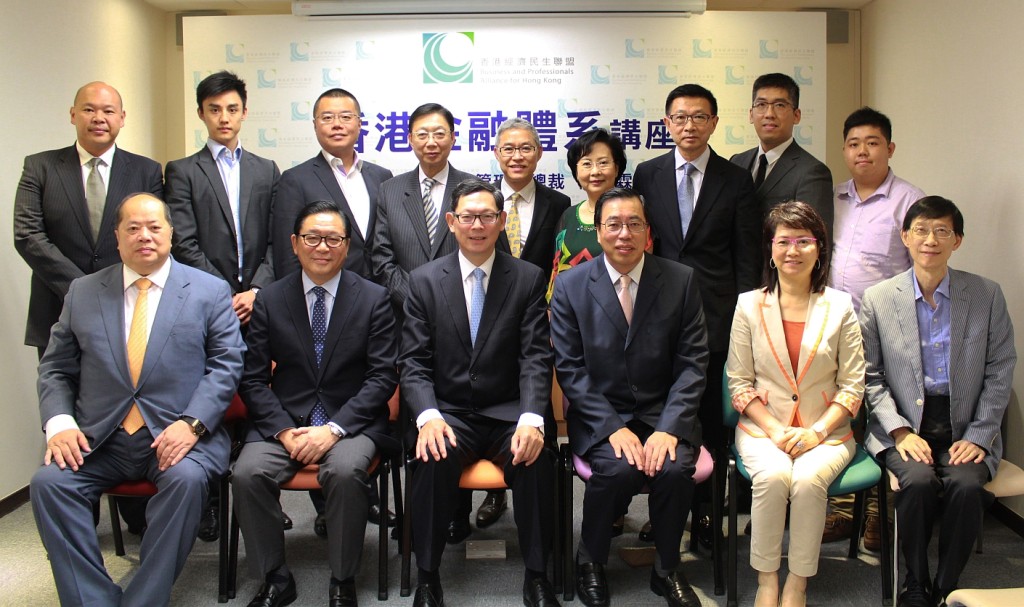 BPA members took advantage of Mr Chan’s presence to engage him in conversation.