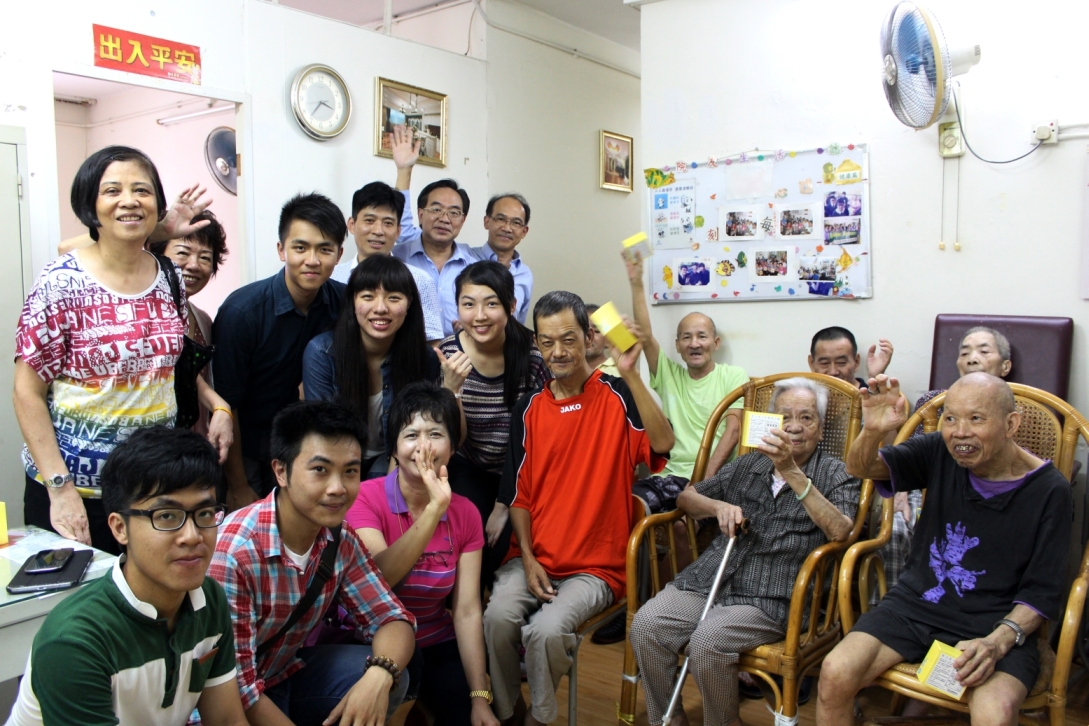 In celebration of the upcoming Mid-Autumn Festival, Dr Lo Wai-kwok, Vice Chairman of the Business and Professionals Alliance for Hong Kong (BPA), and Mr Jimmy Kwok Chun-wah, BPA member and Chairman of the Sham Shui Po District Council, today (August 27) joined a group of young volunteers in paying visits to the Rainbow Old Aged Home and Yau Yat Chuen Care, as well as the Attention Home for the Elderly in Sham Shui Po. The two centres were filled with joy and laughter as the elderly enjoyed the delicious moon cakes and warm wishes brought along by the BPA visitors.

The musically talented Dr Lo, who has always had a soft spot for the elderly, delighted the audience with a performance of the Chinese classics “The Autumn Moon on a Calm Lake” and “The Moon Represents My Heart” on his vertical flute. He was accompanied by Mr Jimmy Kwok and the group of young volunteers who sang their hearts out. The audience grew larger as more of the elderly were drawn out of their rooms by the hearty applause and they too joined in singing shortly afterwards.

Dr Lo said that aging population was becoming a serious issue in Hong Kong and hoped that the government could improve elderly services so that senior citizens were able to enjoy their retirement with dignity.

Mr Jimmy Kwok is a regular visitor at old age care centres in Sham Shui Po and is a familiar face to the residents and workers at these institutions. During the visit, he demonstrated some simple stretching exercises and also encouraged the elderly to exercise daily, as well as to take in as much fresh air as possible by spending time outdoors.

Other than the above mentioned centres, the BPA is sharing the joy of the Mid-Autumn Festival with the elderly across Hong Kong by distributing specially-made moon cakes, as well as cakes sponsored by Towngas, through its network of regional offices and those of its District Council members.