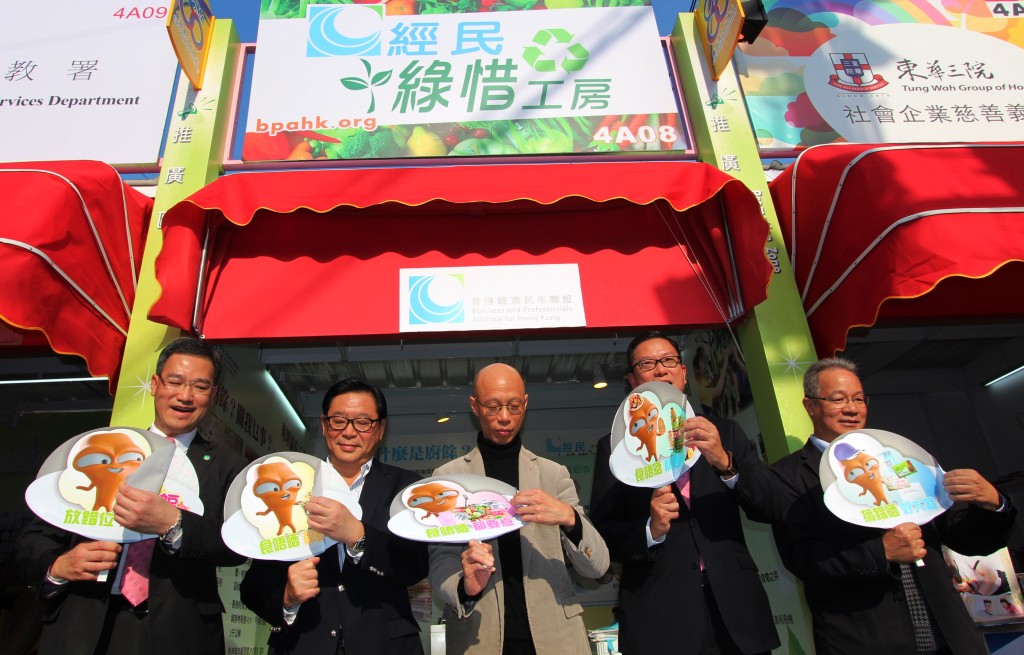 Over three thousand tonnes of food waste are dumped into the landfills every day. This combined with low recycling rates mean that our landfills will reach capacity very soon. In order to tackle the problem of food waste at its main source, households, the Business and Professional Alliance for Hong Kong (BPA) cooperated with green groups, businesses and schools to promote in families the concept of “Food Wise” by organising “The BPA Smart Green Workshop” during the Hong Kong Brands and Products Expo (HKBPE). 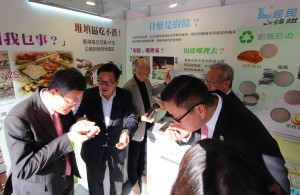 Food scraps are turned into organic and odorless fertilizers after being processed by the food waste machine.

Mr Jeffrey Lam Kin-fung said that the BPA Smart Green Workshop was made possible by the collaborative efforts of green groups, schools and the recycling industry and a testament to the BPA’s role as a bridge in linking the various stakeholders of our community. He was hopeful that by leveraging on the popularity of HKBPE the workshop would be successful in encouraging the public to reduce food waste and to optimise measures to reuse and recycle food waste.

As a matter of fact, there is still some intrinsic value to food scraps before it is finally deemed to be useless and consigned to landfills. For example, these could be turned into delicious dishes and those no long fit for consumption could be used as fertilizer or fish feed. Food scraps could also be used as a fuel source to generate electricity.

Mr Wong Kam-sing said HKBPE formed a part of his childhood memories and when referring to the BPA Smart Green Workshop described this as a piece of pioneering work, as well as an indication of the growing public awareness on green issues in Hong Kong. He also pointed out that per capita food waste in Hong Kong was significantly higher than that in Taipei and Seoul and, as such, it was of paramount importance to foster a culture as engendered in the “Food Wise” campaign, which is geared towards reducing waste generation at source.

The HKBPE is an annual fixture for local brands to showcase their products, as well as a shopping fair for those looking for bargains. Mr Irons Sze, President of CMAHK, which is the organizer of HKBPE, believed that the exhibitors should also be actively engaged in reducing waste at source. He pointed out that HKBPE could serve as a platform for promoting healthy and green messages and, in that connection, the BPA Smart Green Workshop would be useful in promoting public understanding on environmental and food waste issues in Hong Kong.

The BPA Smart Green Workshop serves to inform the public on the processes with and outcomes of reducing and recycling food waste at source. The three-day educational exhibition kicks off today and will be promoting the “Food Wise” campaign to visitors through interactive activities that include a board display, a food waste machine, games and DIY workshops.