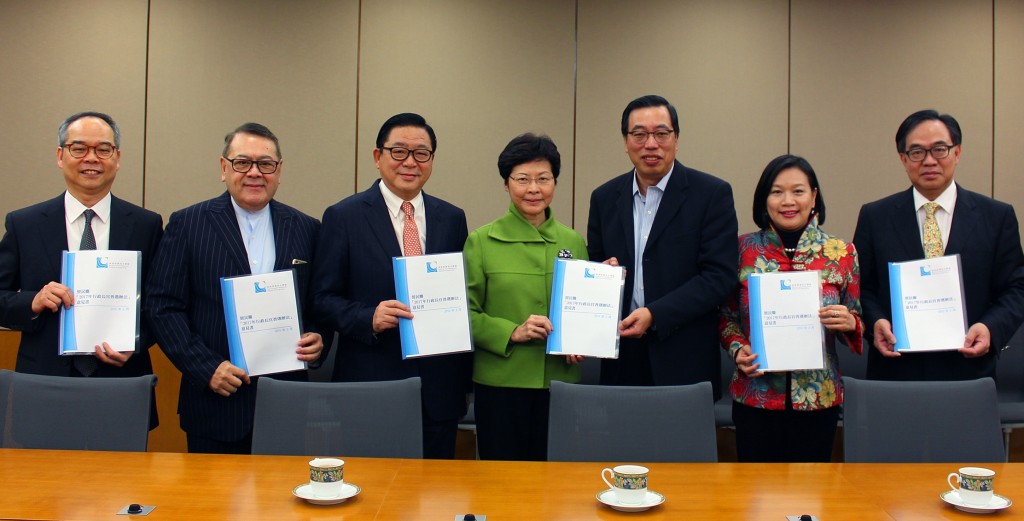 Representatives from the Business and Professionals Alliance for Hong Kong (BPA) today (Mar 2) met with Mrs Carrie Lam Cheng Yuet-ngor, Chief Secretary for Administration, to exchange views and present written comments on the government’s Second Round Consultation on Methods for Selecting the Chief Executive (CE) in 2017. Mr Andrew Leung Kwan-yuen, BPA Chairman, said that despite the seemingly insurmountable challenge with the political reform package’s successful passage through the Legislative Council (LegCo) the BPA was determined to “go for broke” in persuading pan-democratic legislators to respect and support the public’s wish for CE electoral reform in 2017.

The BPA proposes a more accommodative approach for the political reform plan although this should be consistent with the legal framework of the Basic Law, as well as the relevant Interpretation and Decisions of the National People’s Congress Standing Committee (NPCSC). For example, BPA suggests that candidates who are able to obtain endorsements from 100 Nominating Committee (NC) members at the “members recommendation” stage should be allow to progress to the next stage of “committee nomination”. This would be useful in building quick consensus among society.

There have been various suggestions such as the introduction of a blank ballot ‘veto’ or for a government pledge to eliminate functional constituencies in the 2020 Legco election in exchange for pan-democratic legislators’ support for the reform plan. Mr Leung, however, pointed out that other than invalid votes the notion of blank votes has no place in democratic elections. Furthermore, there is no precedent for blank votes anywhere in the world. Regarding arrangements for the 2020 Legco election, he said that the responsibility for such reforms should fall on the Central Government and the next SAR Administration rather than the current government.

Mr Jeffrey Lam Kin-fung, BPA Vice Chairman, urged all relevant parties to adopt a practical mindset on the issue of constitutional reform, which represents a public aspiration to elect the CE through “one person, one vote” in 2017. “The pan-democratic camp is still calling on the NPCSC to withdraw the 8.31 decisions. This is completely out of the question,” he said.

．The methods for reviewing NC subsectors and the election of NC members should remain unchanged to avoid further arguments and to enable efforts to be focused on achieving universal suffrage for the CE election in 2017. The BPA would, however, reconsider its position on the foregoing should there be general consensus for an overhaul among NC stakeholders and if government was confident of seeing through such legislative amendments in the very short period of time available;

．Candidates must garner at least 100 but no more than 200 member recommendations to be considered for the next stage of committee nomination. As each NC member can only nominate one person, this could give rise to a maximum of 12 candidates.

．Secret ballots should be adopted for NC members to vote for the candidates of their choice. This would provide candidates with different ideological backgrounds an equal opportunity to win support from NC members, who can cast their votes without being subjected to undue influence and pressure.

．When the CE is elected by universal suffrage, all eligible electors of Hong Kong could elect the CE-elect by “one person, one vote” from the two to three candidates nominated by the NC. The BPA favours the “first-past-the-post” system with only a single round of voting to be held, which is fairly simple and easy to understand.

．The existing requirement that CE should not have any political affiliation should be maintained.

The BPA held a Second Symposium on Political Reform in January during which many participants encouraged the SAR Government to do its best to canvass the pan-democratic camp for support to the proposed political reform package. We call on government and the community to seize the opportunity of realizing the shared aspiration in Hong Kong of selecting the next CE through universal suffrage, and to move forward together as a united and harmonious society. 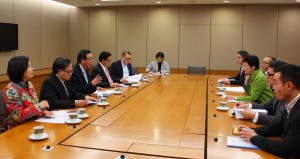 BPA puts forward various suggestions on electoral reform, which included setting a floor of 100 nominations from NC members at the “members recommendation” stage.

BPA “goes for broke” in an effort to persuade pan-democratic legislators to respect and support the public’s wish for political reform.