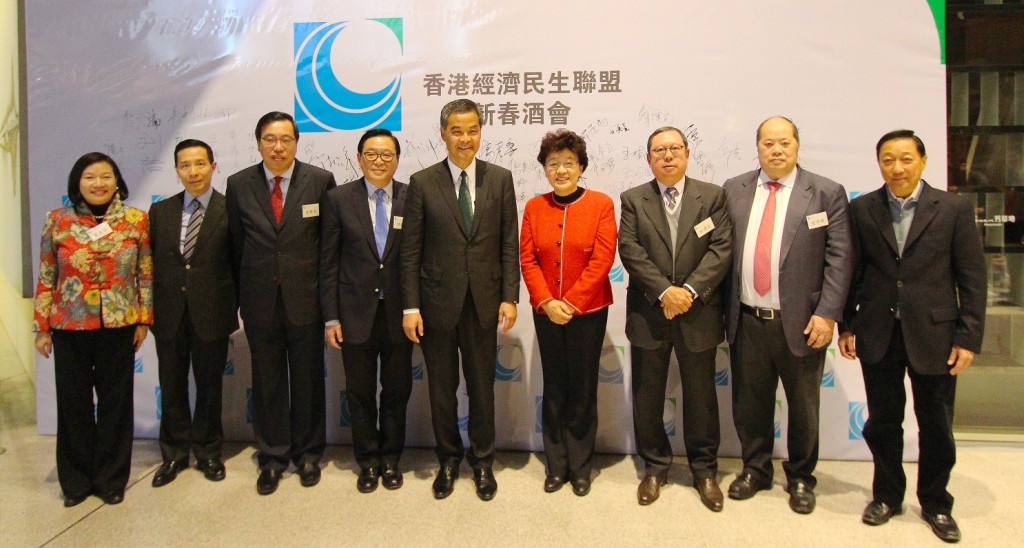 Mr Leung Chun-ying (middle), Chief Executive and Ms Yin Xiaojing (fourth right), Deputy Director of The Liaison Office of the Central People’s Government in the HKSAR, extended their best wishes for the Year of the Goat. 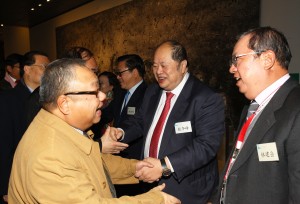 The reception was also attended by representatives from other political parties. They included Mr Tam Yiu-chung, Chairman of Democratic Alliance for the Betterment and Progress of Hong Kong; Ms Chan Yuen-han, Honorable Chairman of the Hong Kong Federation of Trade Unions; and members of the Liberal Party. Mr Andrew Leung Kwan-yuen, BPA Chairman, expressed his thanks and gratitude to the guests and also took the opportunity to extend to them his best wishes for the Chinese New Year. He added that the BPA would strive to “unite Hong Kong in moving forward” and hoped that the different parties would put aside their differences and focus on bolstering economic development, social harmony and stability.

He stressed that the BPA would do its best to gather support from fellow legislators for the passage of the political reform package through the Legislative Council, and in preparing for the District Council elections later this year.

Mr Jeffrey Lam Kin-fung, BPA Vice Chairman, hoped that the NPC Deputies and CPPCC Members would do their best to enhance cooperation between the Mainland and Hong Kong, and to assist in identifying opportunities conducive to Hong Kong’s development.

It is the third consecutive year that the BPA has organized the Spring Reception in Beijing. The BPA will continue to play a constructive role in bridging the industrial, business and professional sectors, facilitating cross-border interaction on professional matters, and promoting economic cooperation between Hong Kong and the Mainland.